Learning drones from farmers who know drones – a beginner’s perspective

By Alex Macdonald-SmithApril 30, 2018No Comments

Learning how to fly a drone isn’t nearly as scary as it sounds.

I’ve been working with DroneAG for a short while now, and I knew at some point, Jack Wrangham was going to make me go outside, and attempt to fly a drone for the first time. I was pretty nervous about this, mainly because I don’t like the idea of crashing something expensive and that doesn’t belong to me, into a hedge.

Nevertheless it needed to be done; bite the bullet, Alex.

He started me out on the training drone, which is a DJI Phantom 3; a versatile platform, capable of doing pretty much everything you need a drone to do, and in particular; it’s very easy to fly.

Jack showed me the controller and informed me as to which various twiddley bits do what. He then taught me about the flight battery and how to disconnect and charge it. And he demonstrated how to fit and inspect the rotors, how to connect my phone to the controller, and subsequently the drone itself, so as to monitor the aircraft remotely. With DJI GO and mapping software like Dronedeploy or Map Pilot connecting your phone to the controller, you get a live feed of accurate telemetry data, battery life, and satellite connections amongst a whole host of other useful things. 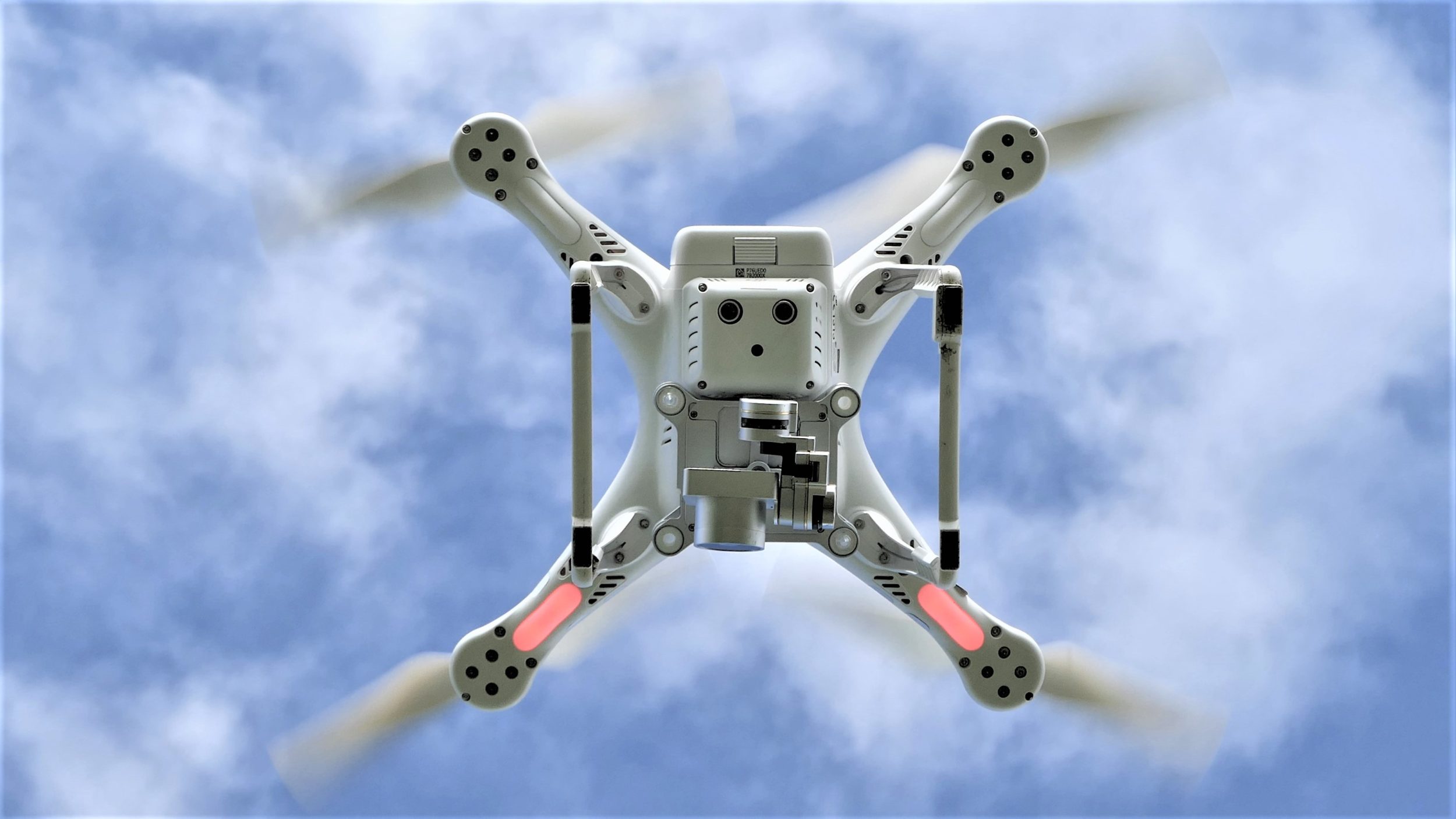 “When you’re starting out, it’s best to keep the drone pointing away from you” said Jack as we prepared for my first flight, “because if you turn it around, right becomes left and forward becomes backwards.” So I took off and had a play around, trying to get a feel of things. For some reason I had expected it not to feel too dissimilar to that cheap R/C helicopter I got for Christmas about 5 years ago, I suppose that’s because I had very little else in the way of experience, controlling something that flies through three dimensional space… 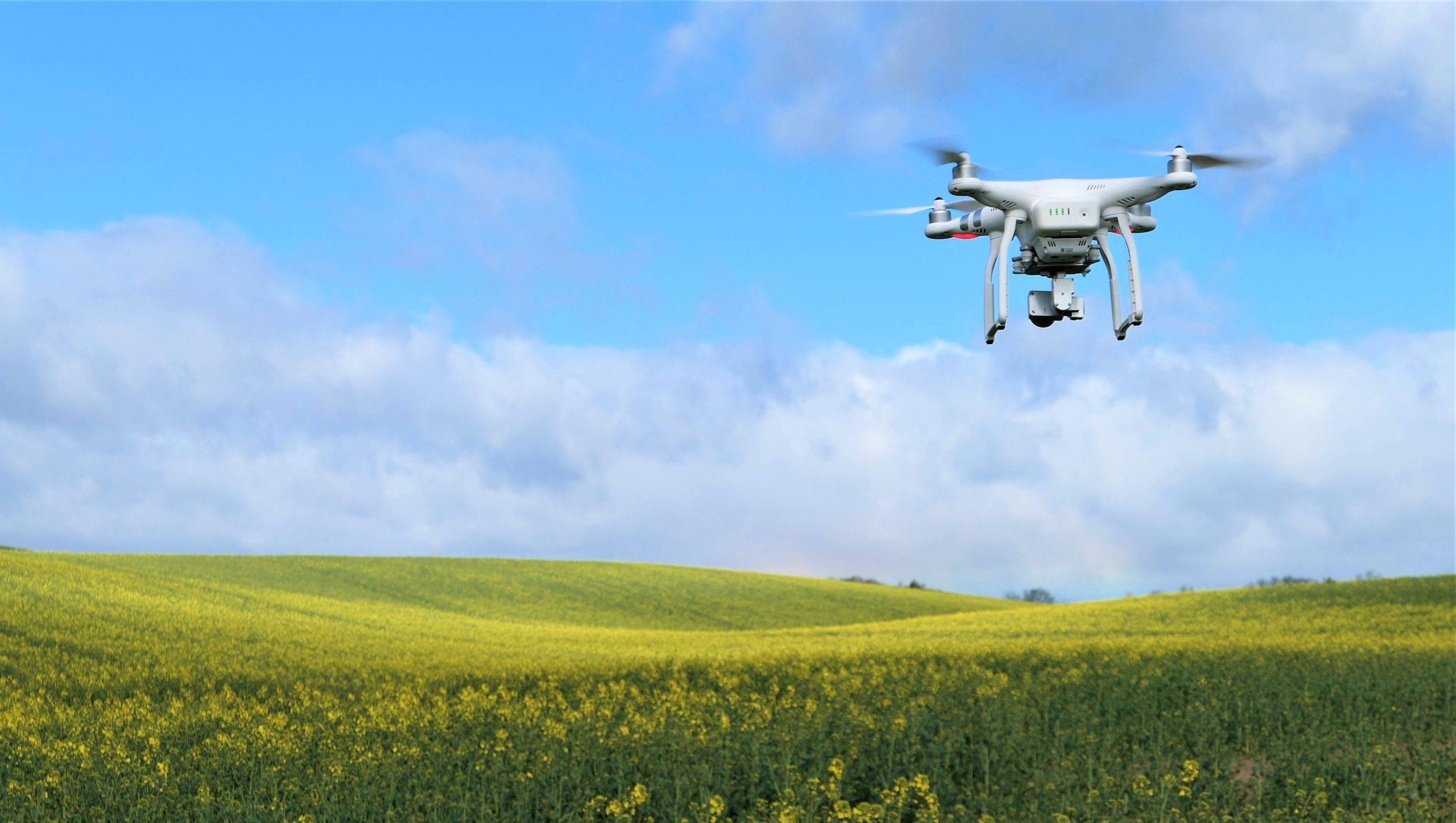 I was incorrect in my assumptions, of course. This felt so sharp and responsive in comparison. It’s like comparing a bicycle to a racing car; they’re not really the same kind of thing.

I felt the urge to fixate on just the first-person, live camera feed on my phone, but Jack told me to keep my eyes on the drone itself, rather than glued to the screen.  He instructed me to glance down at the phone every now and again, to check on the batteries, to make sure I was getting a feed and to line up a shot if I was using the camera, but not to lose sight of the drone; if, for whatever reason anything were to go wrong with the device I was connected to, I would need to be capable of assuming manual control and bringing the drone back down to land without assistance, that was the point of the training, after all.

So Jack instructed me on how to land without assistance… Definitely the scariest part first time around, but after two successful tries and zero fatalities, it was practically second nature. 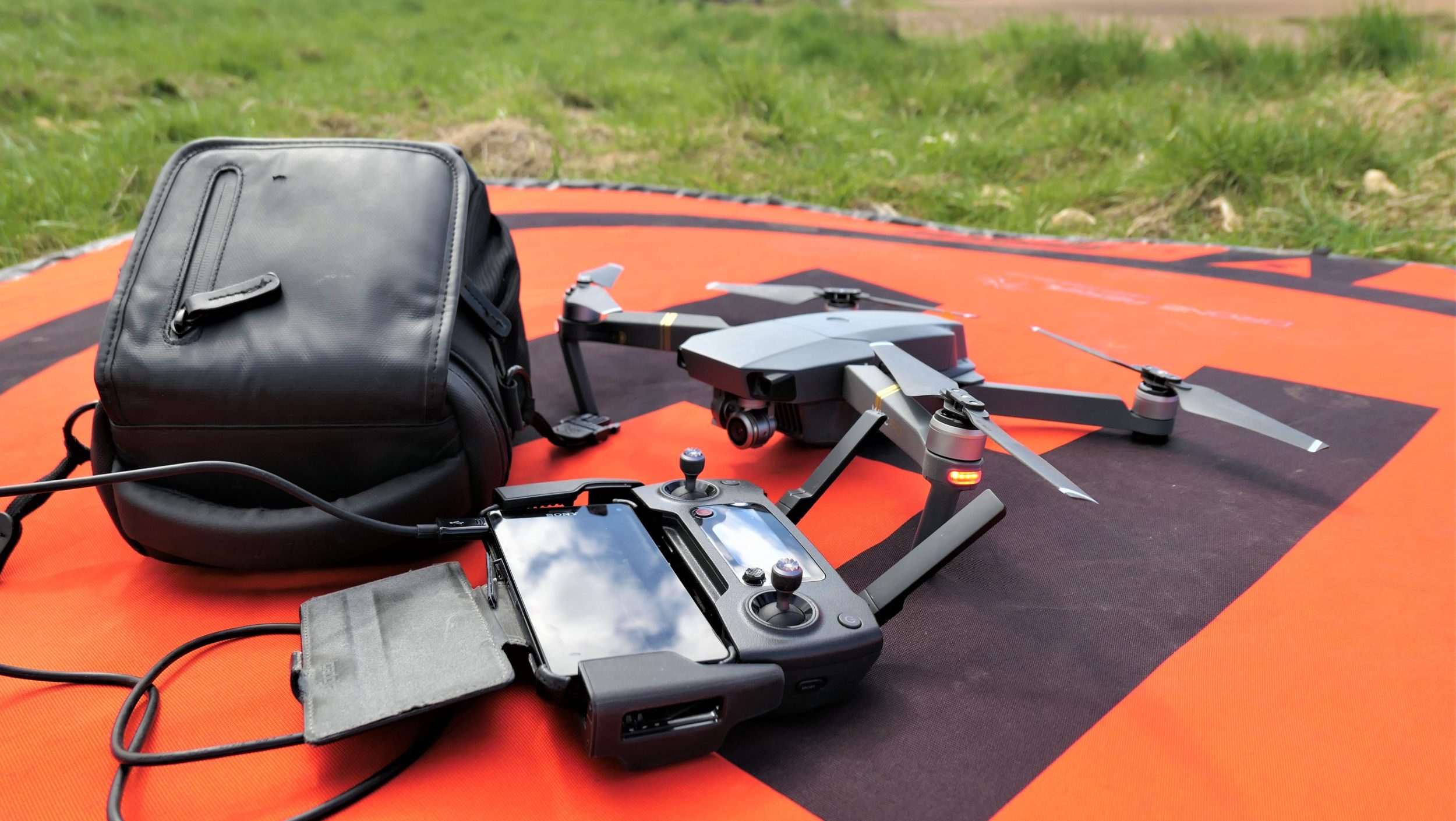 So after learning how to fly the Phantom 3, I got to fly the Mavic Pro.

I like the Mavic Pro; it folds up and fits in a bag you can put on your belt and it’s basically just really cool. It feels fairly similar to the Phantom, but it’s smaller, so if the Phantom was a racing car, the Mavic Pro would be a go-kart. Or something. I dunno, there’s just something about drones that really appeals to my inner nine-year-old, nothing wrong with that! 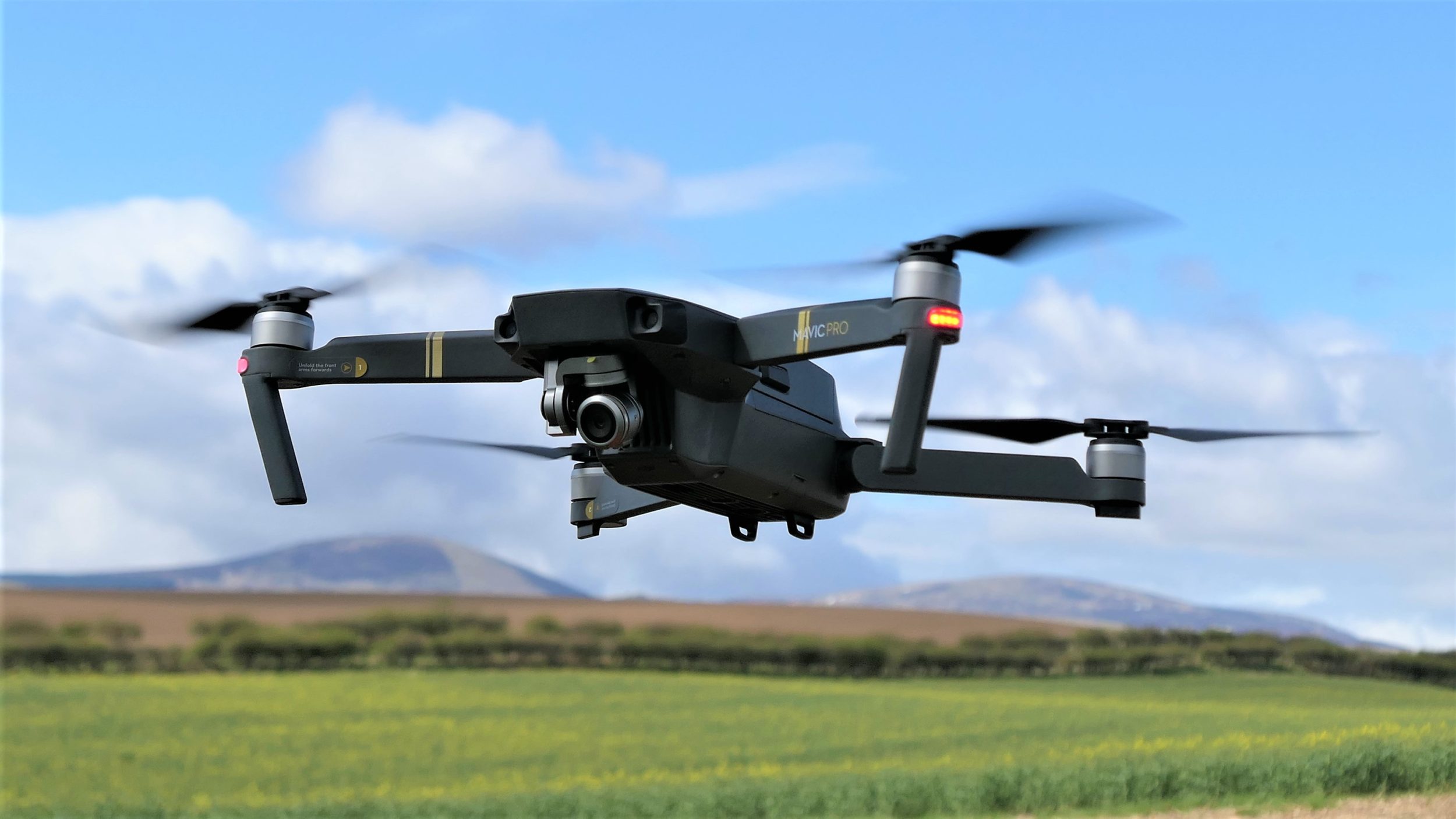 After a few weeks working here, I’ve been able to see the clear advantages to using drones in agriculture; the amount of useful, applicable data that a farmer or agronomist can have at their disposal after a ten minute flight over a field, is impressive. They can see how healthy their crop is and the accurate prescription building they can do is impressive as well. Significant savings on fertiliser can be made, and the ability to even out the crop to prevent further problems down the line is important. More on that later…

I plan to do more of these blog posts in the future so check back for updates on what the team at DroneAG and I are doing, it’s going to be fun! 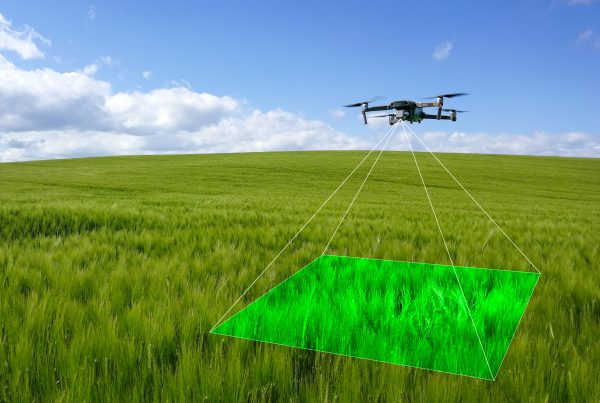 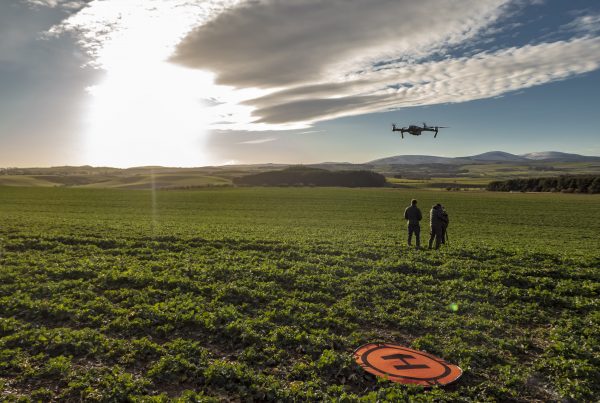 Our Thoughts On Crowdfunding 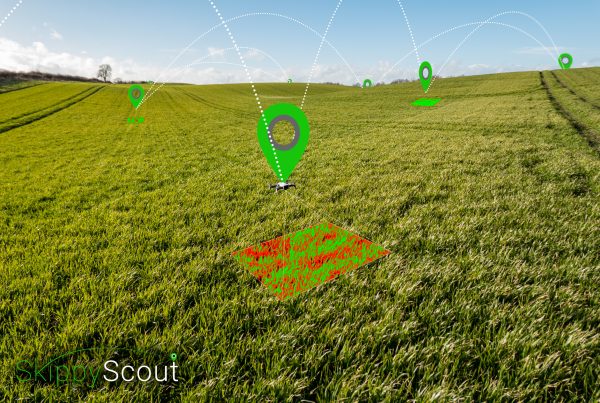 Why invest in Drone Ag and Skippy?